How will the electoral battle in Arwal and Kurtha? Bihar Assembly elections 2020 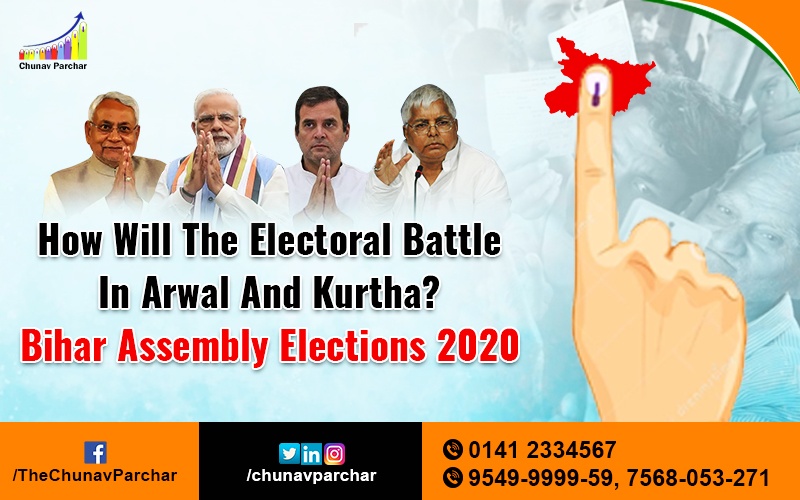 Arwal and Kurtha are the two main areas according to elections in Bihar. Arwal district is known not only for its geographical landscape but also for its political history. Despite being very close to both the regions, the electoral history is reversing completely. The election season in the country has been changing every year, people always want to elect a better party or better leader for goodness. People always want a leader who works with selfless service and protects the public’s interests. The public has started emphasizing on actions instead of long speeches of leaders. The story of Arwal and Kurtha is also somewhat similar. The public will again play a wager in the coming elections, the future of both places will be decided once again at the end of the year 2020.

Arwal, situated on the banks of the Sone River, has never had a monopoly of any one person. The people of Arwal may never have been satisfied with any one’s leadership, so they have been constantly changing their choices according to interest. In 2005, elections were held twice. DularChand (LJP) won both times. But every 5 years since 2005, Arwal has been constantly changing its leadership. In 2010, BJP candidate Chittaranjan Kumar won the battle and RJD’s Ravindra Singh in 2015. It is currently difficult to decide whose government will be formed in the coming elections because we have seen the history of Arwal constantly changing.

Kurtha, a separate assembly constituency in Arwal district, is also a constituency under the Jehanabad Lok Sabha. JDU and BJP’s alliance in Bihar was directly affected in the 2019 general elections where the BJP did not divide the vote percentage and the victory went to JDU’s account. In Arwal, in every election, the public gave the chance to work to a different candidate and a different party, while Kurtha selected only the JDU party.

In Jehanabad assembly constituency, there will be competition between Mahagathbandhan and JD(U)

Jehanabad is mainly considered as the center of Patna and Gaya. Being between two main places of Bihar, this place has always been in discussion. In the Lok Sabha elections, the Jehanabad seat was fiercely contested between the JDU and the RJD, but here too the luck was with the JDU which is in the alliance with NDA. Chandeshwar Chandravanshi of JDU defeated RJD’s Surendra Prasad Yadav by a margin of 1751 votes only. Which was only 0.21 percent of the total vote count. The JDU or Congress did not participate in the elections due to the grand alliance in the 2015 elections. Hence the RJD received unilateral support from the public. Since this alliance was broken in 2017 and JDU formed the government in Bihar by joining the NDA, the 2020 elections would not be as unilateral as in previous elections. Here once again the collision between RJD and JDU can be seen.

In upcoming assembly elections in 2020, you can positively change your electoral maths with chunavparchar.com

We are aware of the core requirement of a voter or group of voters. We have experienced this for over a decade. It is the magic of voters that a person who spends almost nothing wins and a person who spends money on publicity suffers losses. Actually he is unaware of the definition of balanced propaganda. He fails to deliver his personal vision to the minds of the public, and therefore suffers defeat. We are expert in this work, our successful leader customers know this very clear. Anyone can approach us through WhatsApp also.