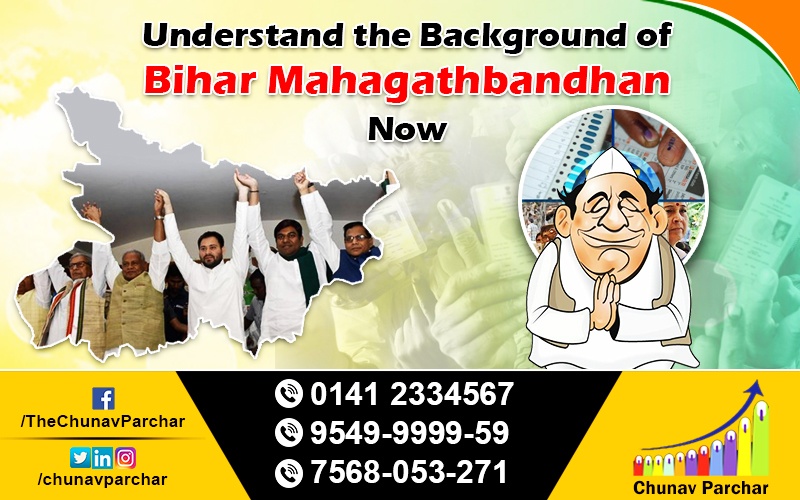 On the other hand, Janata Dal-United and BJP are also presenting their alliance strongly. The BJP has cleared the stand of the NDA that they will contest the assembly elections this time under the leadership of Janata Dal-United chief and current Chief Minister Nitish Kumar. For the post of Chief Minister, it has been decided to forward Nitish Kumar once again. The BJP is spending time in public meetings with the aim of making its nationalist ideology successful in Bihar. The LJP has decided to declare its own candidates in different seats, turning away from the NDA, this is definitely showing difficulties for the NDA.

In the year 2015, Janata Dal-United was involved with, Congress and Rashtriya Janata Dal in the Mahagathbandhan. But in the year 2017, this Mahagathbandhan was broken and JDU formed a government with BJP i.e. NDA. The Grand Alliance now has all the parties except the Janata Dal-United that support the Congress ideology, such as the Rashtriya Janata Dal or the Loktantrik Janata Dal. According to News the president of the Rashtriya Lok Samata Party, Upendra Kushwaha may also decide to join the grand alliance soon. If this happens, the NDA may face difficulties as the Mahagathbandhan is strengthened. Apart from RJD, LJD and RLSP have decided to forward Sharad Yadav for the post of Chief Minister.

Elections are set to be to hold in the last time of this year Bihar Lok sabha result 2019 list might be shocking for separate parties or Mahagathbandhan. Sometime back when the President of the Rashtriya Lok Samata Party, Upendra Kushwaha, was seeking approval from the Government of Bihar for the Kendriya Vidyalaya projects and was on fast unto death, the Mahagathbandhan partners ended the fast after his health deteriorated. The Mahagathbandhan partners opened they’re fast and said that they should keep themselves alright for further major battles. In such an environment, Congress President Madan Mohan Jha has a big responsibility of Bihar politics. The RJD, LJD, and NDA have almost cleared their chief ministerial candidates, but the Congress is still confused and not ready to make any statement. But we can see the Bihar Mahagathbandhan candidate list soon.

Now the upcoming time will tell whether the Mahagathbandhan remains in Bihar continuously or a new alliance is going to build again. It is obvious that there may be a situation of tension among all the parties regarding the post of Chief Minister. The reason for this situation not happening in the BJP has been to contest elections under the leadership of Nitish Kumar.

Every leader should join his people in his field and understand his circumstances and get ready for the election. We will tell you how to start it. chunavparchar.com is one of the best election campaigning companies in North India and has more than a decade of experience. By adopting different types of strategies, we reduce the distance between you and the public and convey your voice to the people. Contact us for more information.