A Guide to Hiring a Political Campaign Company in Jaipur 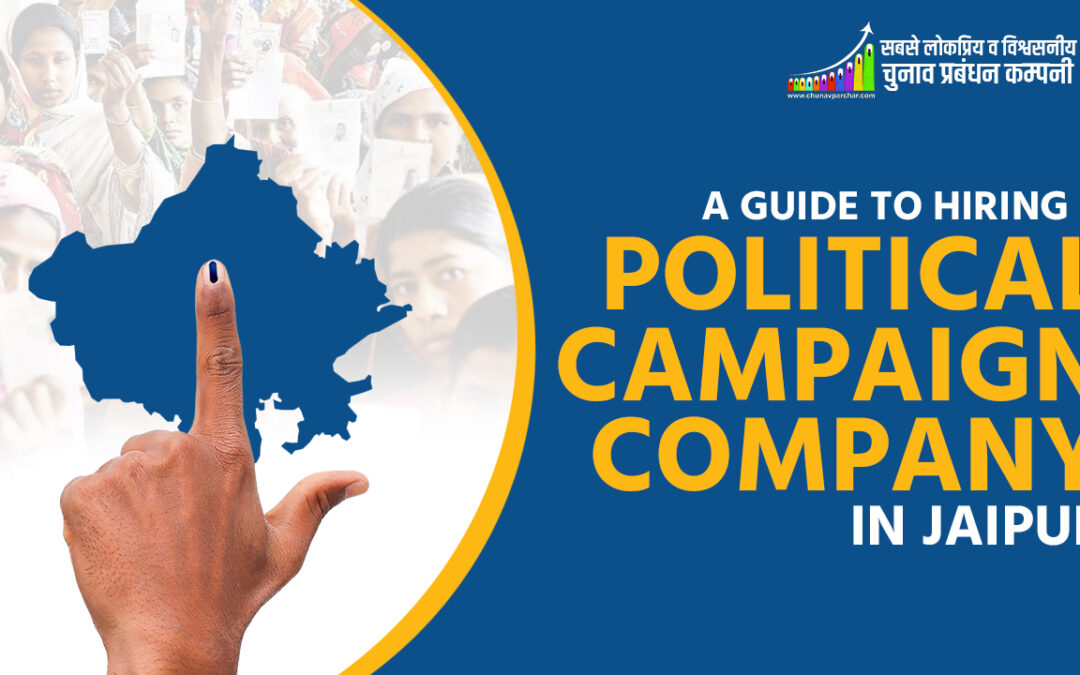 Rajasthan election 2023 is around the corner and the first and most important step for preparation is to hire a prefect political campaign company for the election campaign. Good news is that, you can find best election campaign company in Jaipur for your political campaign but the question is, how to find best election management company in Jaipur? who can manage all the work and handle the burden successfully.

Are you searching for the election campaign company in Jaipur for the Rajasthan election 2023?

If yes then definitely this article going to be a complete guide for hiring a best political campaign company in Jaipur.

In this article we will discuss all the key points that should be checked and keep in mind before hiring an election campaign company.

What is a Political Campaign?

Political campaign is an activity or an effort through which candidates convey their message and future plans for development and also influence the voters to get their support in elections during the legal period of time.

Political campaign is much stressful and hectic if it was not done in organised manner because there are lot of work one after another and without discipline and good management skills it is not possible of complete the campaign successfully. Sometimes unorganised political campaign spoils the reputation of candidates and also the party associated with and this becomes the major causes of defeat in elections.

That is the reason why campaign is handled by political campaign company because political companies have a good knowledge of campaigns, many years of experience and sharp skilled staffs.

Good political campaigning spared the awareness and increase the participation of more voters and more information about the particular candidate will also increase the voting percentage and these all things gives the benefits to a candidate.

The main aim behind the political campaigning is to influence the voters. When more the voters will influence, more the chance to win in elections.

Through the campaigning, information regarding to the elections will reach to every corner of the particular area and every member will get to know about the election and they will use their right of vote so, the political campaign helps a lot to increase the awareness about elections.

Every candidate has a list of work that he will do in period of time after winning the election. Candidates have to share that list of work so the voters get to know more about that’s why to convey the message and plan is important.

What Political Campaign Company Do? 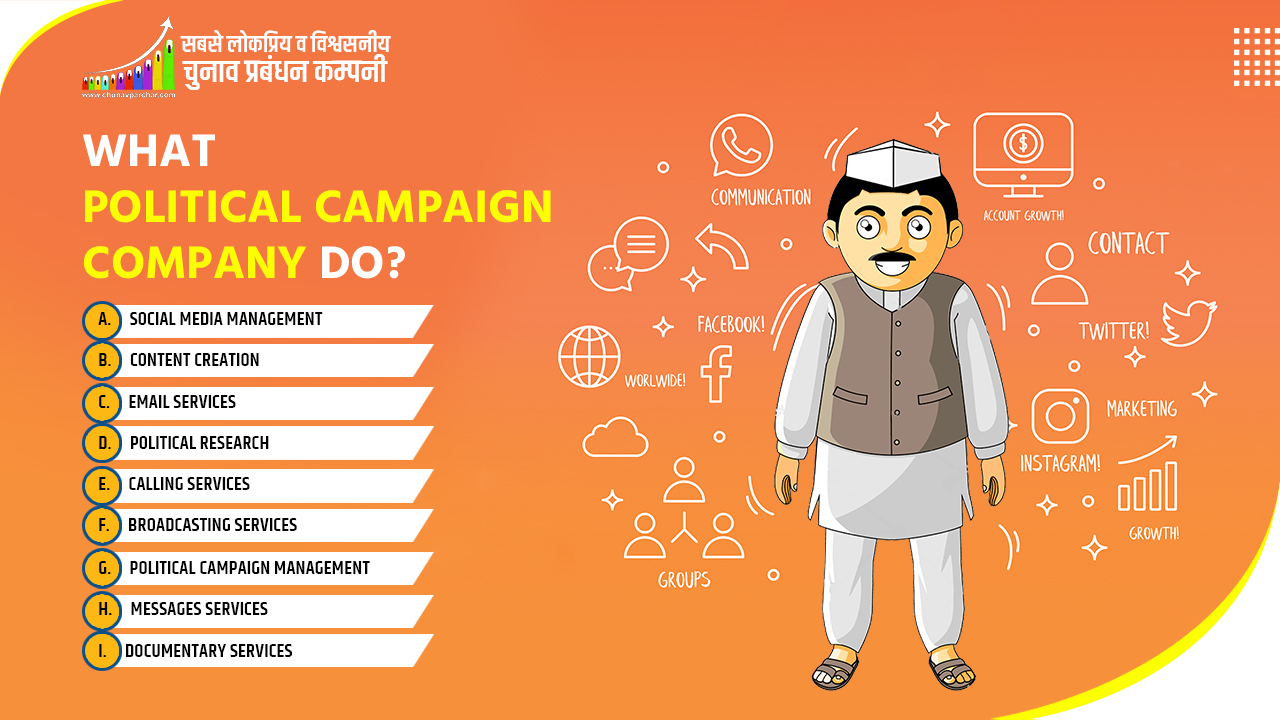 Rajasthan election 2023 is almost near and the data showing that the 39.21 million people of Rajasthan using internet.

Political management company provides social media handling and use election related creatives and post them to build the reputation and awareness.

Social media handles help to build the trust and build the reputation and also create the brand image. Political management company take the feedback from voters and analyse them to get better result.

Content marketing is best because through the content complex information can be shared easily. Content marketing helps to the candidate for the trust building and educate the voters and to spread the awareness.

Content marketing can be the form of YouTube and video, because video can multiply the effect and according to some researches more than 72% of the customer prefer videos to learn about any product or services and this shows that conversion rate is high in video marketing.

Election campaign company also use the email as a marketing tool. They track those emails, give the answers in the form of replies and analyse the data to find out the voter’s perception. Emails have been sent to the voters for build the trust and to convey the message and request for support. It is considered as formal and authentic tool of marketing. By the help of email marketing, personalized and targeted mail also can be sent and it gives the feeling of respect to the voters that’s why email promotions are also used for election campaign company.

Are you looking for election campaign company in Jaipur then you have to see that how the company is enough capable to handle and manage and analyse the data.

As the saying is, data is the new oil, in election campaign data of the voter plays an important role because it gives the information about opinion of voters, expectation of voters and other candidates winning chances, voters sentiments etc, after analyse all these data election campaign are used to target that particular group voters more.

Election campaign company provides the 24*7 calling facility also and it is mandatory because there are some question and queries of voters and it is compulsory to handle and reply them to create a trust.

Political campaign company Manage all calling data and interact with voters and gives the information related to candidate.

By the help of broadcasting services voters of the different area are also can join the candidate and it also spread the awareness among the voters.

Election management company manage day to day campaigns and Gathering management and write the quality and value giving speeches to influence the voters. It also helps to provide the facility of Personal assistance and manage the vehicles.

Documentaries are enough capable to create trust and make a place in the voter heart and it gives the advantage of emotions. In documentaries, Candidate Achievement videos, candidate’s success story, candidate’ life and also provide the Opposition’s negative campaigning.

What to See in Election Campaign company?

To hire a political campaign company there are some most important things to keep in notice.

Long-term involving and more years of experience matters in Political Campaign because, when the experience will be more, probability of gaining good results will be more.

Skill enhances the working capacity and build the good relations, helps in time management that’s why skilled staff plays a vital role to in successful campaigning.

More no. of satisfied customer shows the expertise of the particular company. In political campaign company when more will be the satisfied politician then the chance of successful election campaign will be more.

For Political campaign, candidates have to hire a best Election Campaign Company in Jaipur because political management company provides all the services mentioned above and due to data collection and technology support and experience and all kind of management services related to campaign makes the campaign successful and game changer.

Election management companies manage every event of the campaign with an expertise manner and skilled staff and their years of experience. Leaders or candidate can focus on the election without being disturbed.