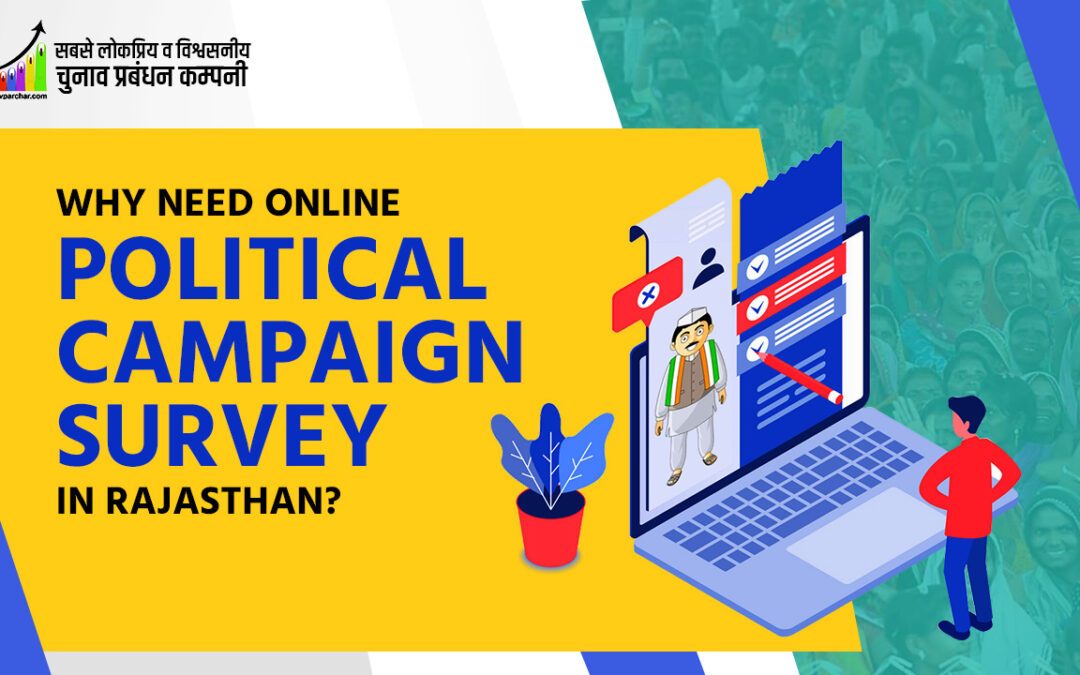 Rajasthan election 2023 is around the corner and political campaign increase the winning probability and also helps to influence the voters in election for particular candidate and the party associated with. Online political campaign survey plays a most important role among the all types of political election campaigns.

Political campaign is always based on the data from the election survey tools like question and other events that is engaging for the voters, as there is a saying “data is the new oil” and to conducted election campaign data is must.

What is Political Campaign?

It is an political event during the legal period of time through which candidate contact the voters and conduct the various meetings and different kind of a social activities to seek the attention of the public to get maximum votes in upcoming election.

Now the question is, what kind of election campaign will be more suitable for particular area and voters?

What is Political Campaign Survey?

There Are Generally Two Types of Political Campaign Survey-

It is the most effective and new method to conduct the election campaign survey and also it is more efficient than face to face method. Different types of social media survey and questions and other online events are included in online political campaign survey and through the online survey wide range of public can be targeted with less amount and less time compare to other campaign survey.

Trainer meets with the voter and ask question and know more about their opinion and other information and it is more time consuming and much expensive compare to online election campaign survey.

What are the Strategies for Online Political Campaign Survey? 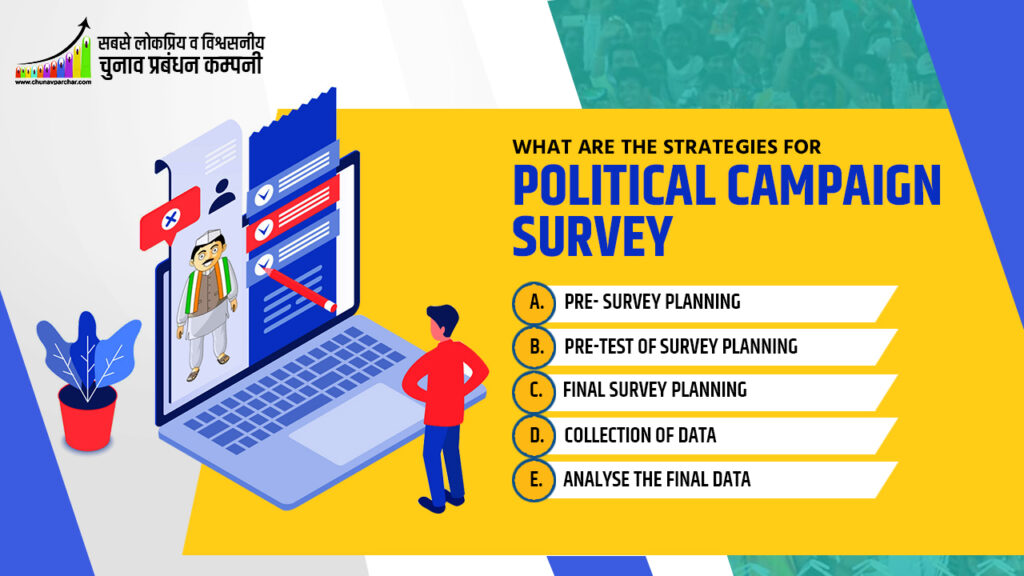 Strategy planning should be in well and organised manner, there are important steps are given to make a good strategy for online election campaign survey-

Survey is all about to collecting the data that’s why in survey planning you have to select the question based on the need and make the google form according to that and try to keep it simple otherwise public will not take interest to fill the details.

After selecting the question, try to pilot run of that questions and measure the effectiveness of the questions.

If you find any mistake or there is any need of improvement then correct them and try to make it simpler and more effective.

This step needs more awareness because one wrong question can change the game completely.

This is the step where you finally take the data from the public for analyse to find better and suitable election campaign.

In this step, you have to adjust the data in structured format to read and understand easily and analyse them.

To complete these all steps, there is a need of expertise and skills to get the data and manage those data and analysis to identify the suitable campaign. If you find yourself a perfect fit for upcoming Rajasthan election 2023 then I will suggest you that appoint Online Social Media Optimization Company to manage your online political campaign survey in Rajasthan.

Question is the key component of online Political Campaign Survey that’s why it should be effective and clear to answer, otherwise no one is going to reply on those questions and your all efforts may get wasted.

In this type of segment voter participation related questions are included.

In this type of segment political affiliations related questions are included.

Some of the Examples Are Given Below-

In this type of segment political awareness related questions are included.

In this type of segment personal information related questions are included and always keep in mind that question should not be more personal otherwise one can feel the privacy issue.

What is the Need of Online Political Campaign Survey?

form the different questions, you can find that how many voters are in your support and why they are supporting you and based on that information you can prepare your election campaign accordingly, that’s why online political campaign survey helps you to identify the supportive voters.

From the online campaign survey, you can get to know about voter’s perception and expectations and by the help of them you can customize the election campaign according to that.

Form the personal information related question, you can get more information about voters age, demographics, caste and other relevant data.

It will be more helpful to run a successful election campaign.