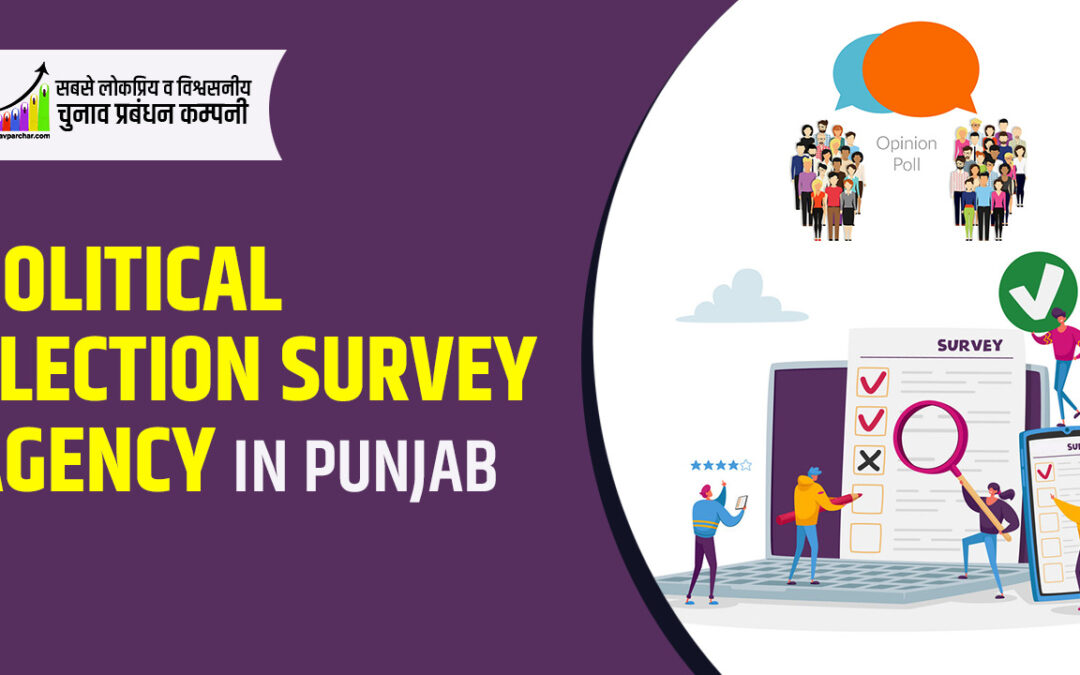 Assembly elections are going to be held in Punjab next year i.e. 2022 and now political parties are conducting election-related surveys so that they can know the status of voters. If you are also looking for a similar company that can conduct the Political Survey in Punjab, then a Chunav Parchar Company is the right option for you. Chunav Parchar will not only give you the political survey report but it will also help you to win in your elections.

After the introduction of Political surveys in Punjab, its craze is continuously increasing among the people. In these survey reports, the party is shown to be unsuccessful, even if it criticizes it, but a large number of people also believe in the survey. Seeing the success of his party, neither the leaders of that party consider it wrong nor the workers associated with it refute the survey. By the way, it is also true that many times surveys and exit polls have been proved wrong in elections. The results did not turn out as expected.

Surveys before the election results are such an attraction that no one can escape. Not only this, many political parties also try to know the status of their party by conducting a pre-poll survey to know what is their party’s pre-poll status. These surveys are conducted before elections and some after elections also. Surveys sometimes prove to be correct and sometimes the opposite results also come. But it has to be acknowledged that the attraction of the people towards the survey in our country is not decreasing but increasing continuously.

The special thing about the political survey is that in this an attempt is made to bring out the mind of the people, on the basis of which the mood of the people of that area can be judged.

The survey company gets to know from which party the public’s displeasure is and on what? Voters are asked whom they want to vote for.

What is an Exit Poll?

Exit polls are different from this. This is done after the voting is done. When the voter comes out of the polling booth after casting his vote, he is asked which party or candidate has voted for? The mood of that area is ascertained by talking to some voters.

Which Party is ruling in Punjab?

In the 2017 Punjab Assembly elections, Congress Party won 77 out of 117 assembly seats. And the current party INC (Congress).

How can I conduct an election survey?

Online survey platform Chunav Parchar offers simple-to-use survey templates that can be managed to conduct an election poll or survey.

What are the benefits of online polls?

Voting technology aims to promote the counting of votes, decrease the cost of returning staff to count votes manually, and can give enhanced convenience for disabled voters.

What Is Election Survey or Political Survey?

An election poll is a method that uses an election survey to collect information based on ideas from a group of people related to a sample.